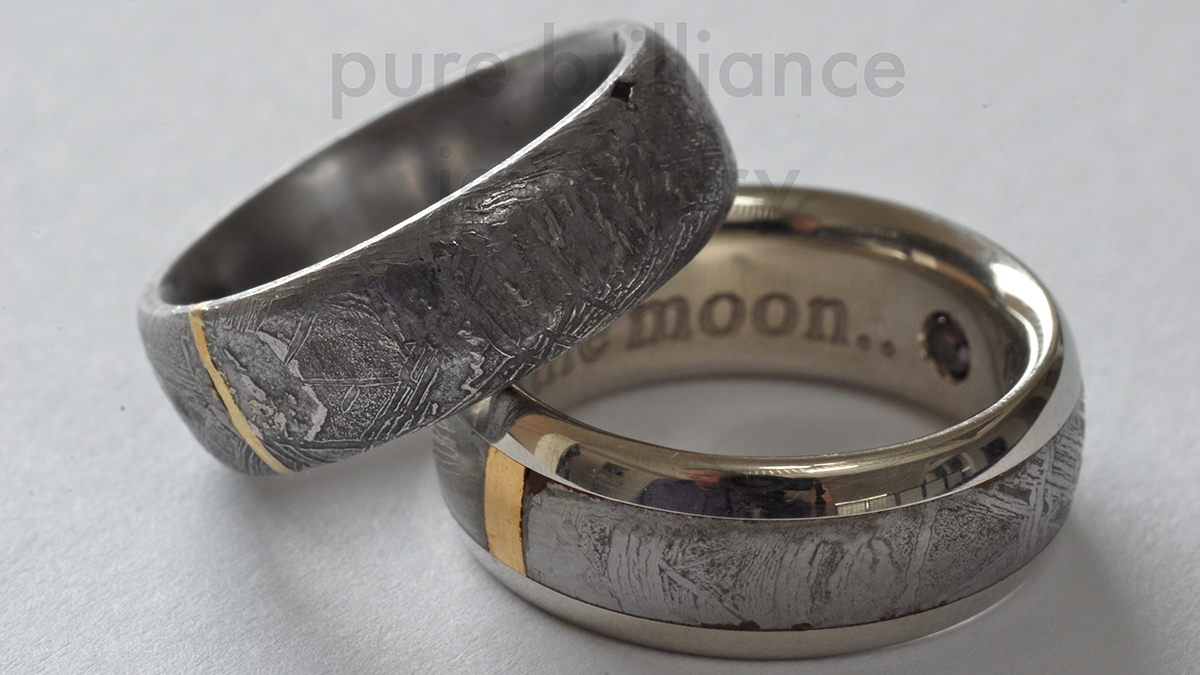 Meteorite used by Pure Brilliance Jewellery is from the Gibeon meteorite, named for Gibeon, Namibia, the city closest to the strewn field (the area where a given meteorite’s fragments fell to Earth) and where the Gibeon material was first identified in the 19th century.

Gibeon is iron meteorite, identified by its distinctive and characteristic structure, plainly visible with mild chemical etching. Gibeon consists primarily of iron and nickel, with other metals present in various amounts. From a molten state, the different metal alloys present in iron meteorites cool and solidify at different rates, resulting in a unique lattice-like structure.

Much like wood grain, no two examples of meteorite show the same patterning. The patterns present in each piece will be unique and unrepeatable, unlike alloys of human manufacture. This means that while wedding bands will never perfectly “match,” you will never meet anyone with exactly the same meteorite jewellery as your own.

Meteorite is much lighter than both platinum and gold. Because of its lightness on the body, many men, in particular, find it easier to wear, particularly as a first – or only – piece of jewellery.

As a non-precious metal, unadorned meteorite is available at a price range different from platinum and gold. However, we can dress it up to suit your personal taste and style.